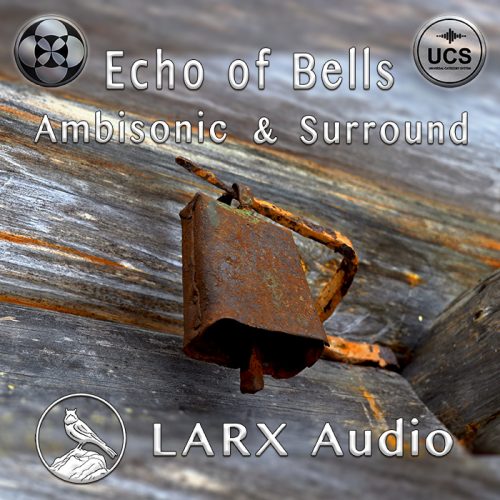 Echo of Bells Ambisonic and Surround

This library’s uniqueness is quite simple: it features cowbells and other typical bells used on animals, recorded synchronously with two systems: close and distant, in the natural acoustics of a field, surrounded by forests, but without any other environmental sounds at all. Clean direct sound, beautiful early reflections and reverberation in pure silence. Perfect as utility animal bells, subtle atmospheric mood elements, scene punctuation elements, abstract metal sound design elements or for game UI sound design.

10% of the library’s revenue goes to nature preserves and wild animal shelters.

PURCHASE
This is another brilliant library from Dmitry: beautifully recorded and with excellent metadata. Highly recommended.

John LeonardSound designer, sound recordist, author, lecturer.
I will be using these reversed on my next horror soundtrack 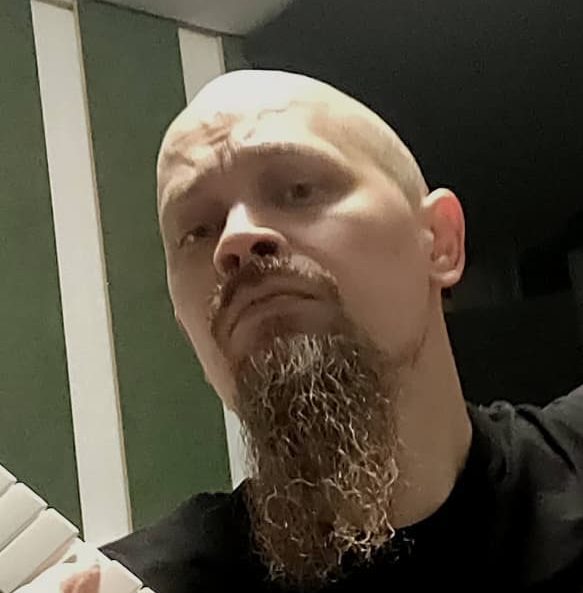 Funnily enough, during our careers in film sound we were often asked by film directors for a sound of a distant cowbell or sheep bell whenever there was a pastoral scene even without any cattle on screen. There always was a lack of clean distant cowbell recordings, we decided to fill this gap. As always, we dived into the process with passion for excellence and made a few attempts at different remote locations. The outcome exceeded our own expectations. The resulting sounds, not being a music, are still very emotionally expressive and can add a wide range of subtle emotions to a film scene or a game audio location. Or can be just used as strange reverberant sound design elements. Some of them sound airy and angelic, some haunting and lonely, some just like holiday jingle bells. They are also very good for pitching and speeding down.

As with all our libraries, we aim for the extreme sound quality.

Recorded in the middle of nowhere in a field, surrounded by forests, on a lonely winter night. The Close perspective was recorded at a distance of 1.5 metres with Nevaton MC50 in 3 channel single point LCR configuration – this microphone was used in our Northern Europe and Wolves libraries. The Distant perspective – 50 metres from the source – was recorded with Nevaton VR first order ambisonic mic – the most beautiful sounding O1A mic to date. Both mics have extremely low self noise of 4.5 dBA. Recording was done at 192kHz/24 bit. Final masters are delivered at 24bit/96kHz. The Close and Distant perspectives were synchronised in post-production, so you can easily edit and mix them together.

The “Ambisonics and Surround” version was mastered at the monitoring level, calibrated to 79dBC, the full dynamic range of the original recordings left unaltered. We converted the Distant perspective A-Format recordings using Harpex-X plugin into 2 formats: AmbiX first order for VR and Game Audio and spaced 5.0 Surround for a stable surround image in multichannel film and TV applications. If you are interested in higher order AmbiX formats, please contact us, we can provide up to third order AmbiX.

The “Stereo” version was mastered 6 dB louder for easier use in stereo applications for Web etc. The close LCR was mixed down to XY stereo. The distant A-format was converted with Harpex-X to ORTF stereo – this format provides the best balance between source localisation and perceived spaciousness of early reflections and reverberation.

We used 8 different props: cowbells, a horse bell, crotal bells single and their combinations (see the PDF lists). For each prop we performed several appropriate articulations, mimicking the sound of cowbells caused by animals moving ( sparse sporadical moves, walking, running, jumping) and just single and multiple strokes and even some rhythmic patterns. The total number of articulations is 53, some of them include many consecutive takes, the total number of takes exceeds 400. The total length is 45 minutes.